OK, here's a fun thing for you this afternoon.
Back in 2011, when we were working on what ended up being The Very Last Of The Saints by Ghosting Season, I bobbed a little easter egg in there, and wondered if anyone would ever connect the dots.

Y'see, TVLOTS was supposed to be the second worriedaboutsatan album, but ended up (for various other reasons) being released under a different project name: Ghosting Season. We only did a few more bits with GS after this album, before returning to satan full time anyway.

So when the wavs were all labelled as worriedaboutsatan's TVLOTS, I thought this was a pretty cool way to continue the albums, and connect everything into a little satan micro-world. Here's the last track on Arrivals, which is the title track:


Right at the end of the track, it bitcrushes down into a right old sonic mess and then just disappears.
So, I thought, what better way to connect the two albums together, than to have the first track on the new one start bitcrushed, then get slowly better? As if everything was flowing from one record to the other:

I guess it would've worked a lot better if they were both satan albums, but I guess you can't have everything. Oh, and also - 'Ghost Drift' was supposed to be two tracks: 'Ghost' and 'Drift', but it got left stuck together, whereas 'Lie' and 'Through Your Teeth' from the same album were supposed to be stuck together, and not two seperate tracks. Music, eh?! Mad.
Posted by worriedaboutsatan at 6:26 AM No comments:

Yeah yeah, I know what you're all thinking: "fucking hell, *another* album?!" well, yes and get used to it, because the satan train is not slowing down, and erm... I dunno how to end that analogy, but yes - albums galore this year!

Anyway, the record is actually quite a personal one, as it was mostly written in the immediate aftermath of the band becoming just me again. I was in a very reflective mood, and so the album (that very nearly might not've even been made) has a very melancholic feel, but also one that sounds quite big and expansive. It's a return to those longer style tracks that twist and turn a little, as opposed to the little snippets of stuff that made up Crystalline.

There's only one track on there from the archive, which is called Twin. It was recorded when the band was a duo, and was part of quite a hefty chunk of material that is currently still unreleased. I mean, it's not Prince levels of unreleased archival stuff, but it's certainly quite a bit. Anyway, Twin has been kicking around for ages, so I decided to add a little Miller spin to it, and add it to Time Lapse, as it fit the general theme and sound really well. It's also another one you can add to the folder marked 'we tried to get a vocal on it, but it never really happened'. I think there were 3 vocalists attached to it over the years, but it just never happened. Actually kinda prefer it as an instrumental now anyway.

Speaking of themes, the whole thing is sort of about the passing of time, the general malaise of getting older, and coincided very nicely with my obsession with the Milner Field ruins. If you haven't been paying attention to my ramblings over the past year, the ruins are from a big stately home that was built in the late 1800s by the son of a local businessman, that ended up being completely cursed and torn down. There's a bit I wrote about it for Atlas Obscura here. The front cover to the album, and all the press shots were taken in and around the ruins by old pal John Banks - the man behind the Arrivals cover. 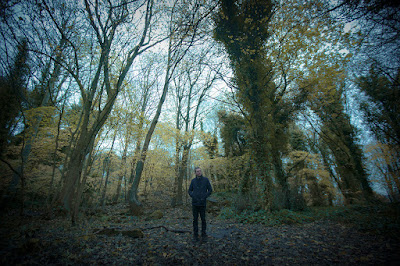 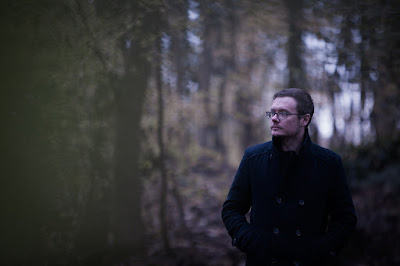 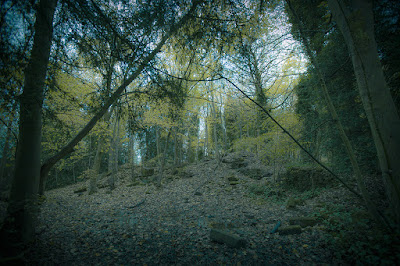 Oh, and a massive shout has to go to n5MD for agreeing to put this whole thing out. Mike's been a friend for absolutely ages, and I'm delighted that he was up for releasing the record. I've been a fan of the label since about 2010 or something, when I first bought up all those Dalot albums he put out, so it's seriously awesome to see my name on the website!

More news about pre-orders, tracklistings, formats, etc. coming very very soon as well, but for now here's a little trailer to get you all excited:


Posted by worriedaboutsatan at 4:36 AM No comments:

It's a big, long beast of a thing, made with this split in mind. I do these little split cassettes on my label, This Is It Forever, and the thinking behind them is to ask people who I like to share a tape with me, and do whatever you like with it. For some, it means make a few shorter tracks, but for most it means have fun and wild out for once!

So, with Orion, I wanted to take satan and push it to its limit: nasty feedback, soaring post rock guitars, gentle synth, ambient passages - the whole shabang. Stuff like this would never usually get on a satan album, or EP or whatever, so it's nice to just let loose a little and see what happens.

I hope I've made something a little different, but at the same time keeping that satan sound intact.


Posted by worriedaboutsatan at 3:14 AM No comments:

Had a brainwave the other week, and that was to make up a satan football shirt. I thought the little design made by Cameron Steward (which actually ended up a t-shirt before) looked like a football team crest, and being an avid football fan (and shirt collector) I looked to see if I could make it happen.

Well, a few weeks later I finally got around to ordering it:

Posted by worriedaboutsatan at 6:17 AM No comments:

One for the guitar nerds here. here's pretty much everything that was used on guitar parts for the whole of the Arrivals album: 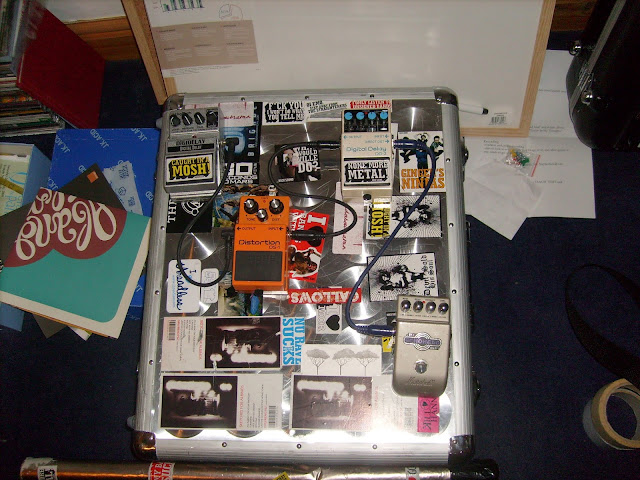 Things were a lot simpler back then! For reference, it's:

Posted by worriedaboutsatan at 5:38 AM No comments:

February's edition of 'Now Playing', the Spotify playlist I rotate each month, is out now. I've added 15 tracks as usual, and as it's a bit of an eclectic bunch this week, I thought I'd break down why I've put each track in there.

First off, get your headphones in and give it a listen:

1. Gang of Four - Paralysed. I wanted to kick this month's off with a little tribute to GO4 guitarist Andy Gill, who sadly passed away at the end of last week. I absolutely love those first two GO4 albums, and Paralysed is such a good, moody opener. It starts 'Solid Gold', their second album. Love the open, creepy atmospherics in it. I've often tried to copy Gill's guitar in certain satan stuff, and especially the live set too. He had a great way of reeling out these super interesting, but really simple guitar lines that give thier songs a sense of urgency, but also space when required. RIP.

2. me - Mirrors. My favourite track off the new record, and it's already in the new live set that I'll be rolling out very soon! Of course I added this in here for a bit of self promo, but it's my list and I'll do what I like with it ;)

3. The Cure - Primary. Never been much of a huge Cure fan. Know a lot about them, and all the singles, etc. but never really gotten into them loads. I had that album 'Kiss Me, Kiss Me, Kiss Me' and to be honest, left me a little cold. Anyway, I saw this in a charity shop for a quid so thought I'd go for it. Neat little record, and this tune is a right banger.

4. Harry Styles - Sign Of The Times. I know, I know. "Why's this guy in here?!" - well it's a good song, that's why. Reminds me of those big bastard almost-ballad songs David Gilmour always had a hand in when he was still giving stuff to Pink Floyd (before Roger stopped accepting anyone else's songs) - has one of those big lap steel guitar bits in too.

5. Delta Sleep - The Younger Years. Didn't know an awful lot about DS, but Big Scary Monsters (their label) did a PWYW sale over xmas, so picked up a bit of their catalogue. Always love a bit of mathy prog, and this is about as mathy and proggy as you can get.

6. Mute Forst - Dance The Spell Off. Oh man, this album is an absolute must. My friend Ryan from the label Lost Tribe Sound, sent it over to me as he put a few of my solo bits out over the years. It's easily one of the best albums I've heard lately, and has this really beautiful, hazy Talk Talk style sound to it. The album isn't out until April, but go pre-order it now.

7. Modeselektor & TTC - 200007. One thing I like about Modeselektor is just how un-seriously they take themselves. I remember this one being a big hit in the satan household around the time it came out, and it's just ace.

9. PNL - La Monde ou Rien. It translates to 'the world is yours'. Can't quite remember where I heard this first, but I saw the video somewhere, and as a fan of brutalism, I enjoyed all the footage of the notorious La Scampia housing estate in Naples. Looks incredibly brutal.

10. Kylie - Still Standing. I've always enjoyed Kylie's more esoteric stuff, and she does a surprising amount on albums over the years. This is a really good little 80s almost-new wave kinda thing from the same album that weird Kraftwerk style song Slow was on. Sounds a bit Scritti Pollitti, which is never a bad thing I suppose.

11. Joy Divison - Digital. I just finished reading JD drummer Stephen Morris' autobiography, and everytime he mentions the band, I always get this bassline stuck in my head. Brilliant bit of cold, jagged misery from their early days.

12. Bang Gang - Something Wrong. Questionable band name aside, this one is from the early 00s from a little known Icelandic electronic project. I remember frequenting a Sigur Rós chatboard and p2p site an absolute age ago, and people would recommend other Icelandic music. This popped up, and loved it - so simple, yet really airy and melancholic. Just the kinda stuff I like.

13. The Prodigy - Everybody In The Place. I think the only reason this popped up again recently is that I keep falling down whosampled.com wormholes and disappearing for hours, listening to samples and breaks and stuff. Think I wanted to know where the "let's go!" bit came from, so just caned all the older Prodigy stuff in one sitting. Great fun.

14. Caroline Polachek - So Hot You're Hurting My Feelings. With 'Pang', she's made one of my favourite albums recently, and this is like her 17th appearance in one of these lists. This is her most poppy song, but it's also just really nice.

15. Marvin Gaye - Inner City Blues. Oh man, everything about this track is just silk. That rhythm section is the tightest, yet loosest thing I've ever heard. Such a groove, yet so languid. Fuck-ing-hell.
Posted by worriedaboutsatan at 3:19 AM No comments: