Did someone say 'new satan'?
As revealed yesterday, the American label Past Inside The Present has weirdly agreed to put out one of my records :)
They are very, very lovely people, and also really, stupidly good at what they do. I'm really very pumped about all this, so it's with great pleasure that they're putting out a lovely transparent blue vinyl with the worriedaboutsatan name on it.
The record is a bit of a weird one, so I thought I'd explain a little about it. It's called Europa, and it's a sort of a best-of, with two brand new tracks added in there. When I first started talking to Zach at the label, he wanted to put out, as a kind of introduction I suppose, a few older bits of the satan catalogue alongside some new stuff I'd sent him. So I let him pick through the various newer bits of the discography, and he settled on what is now Europa: Shift (part 1), Who Is A Hunter? and Cloaking.
What's weird is that the Who Is A Hunter? / Cloaking single was originally supposed to be released as a 12" single on another label, but it never saw the light of day for some reason. This was in about 2017 if I remember rightly, and after a year of not hearing anything, we decided to just release it ourselves as a digital only thing, so it's nice to see it finally on wax, as originally intended!
The two new ones, Vex and Sunk, were from some old sessions that I occasionally refer to as The Vault™ - basically a big batch of songs we finished up when the band was still a duo, and not just me. The vault started in around late 2016, and ended in mid 2019, just as the band was moving into a solo project. These two tracks aren't that old though, and I think were finished up at the end of 2018.
The rest of The Vault™will no doubt see the light of day at somepoint, although it's nearly all out there now anyway.
SO. There you go - Europa! You can add the 12" to your Juno wishlist now, or just wait for me to bang on about it (which I of course will do, closer to release time)
It's also actually just part 1 of a two part release on the label, so keep your eyes peeled for round two later on in the year... 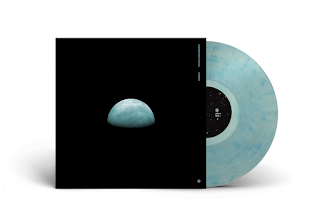 Posted by worriedaboutsatan at 2:43 AM No comments:

I've done two more of those 'in the studio' walkthrough things, this time for Time Lapse track 'A Lost History', and Even Temper opener 'I'm Not Much, But I'm All I Have'.

Both are here, if you'd like to know anything about the making of either. Also open to questions about any of the satan catalogue, so if you have a burning desire to know how I did something or other, please do get in touch.

The whole playlist, which is up to 5 videos now, is here:
bit.ly/satanyoutube
Posted by worriedaboutsatan at 4:47 AM No comments: