Falling But Not Alone, album #11

Finally, *finally* we have lift off on FBNA.

For those who've listened to me prattle on about the worriedaboutsatan mystery album pipeline, you'll have caught wind of me mentioning this 'lost' album, that was submitted about 2 years ago and was never seen again, due to a combination of Covid, mega schedules, and people being involved in accidents who were supposed to master it.

Well, all that is finally behind us now, as that album, which is called Falling But Not Alone, will be out early next year via Wolves & Vibrancy. Pre-orders will be open on December 2nd.

I'd told Fabian from the label that I'd love to work with him again after 2018's 'Shift' EP, but alas, events conspired to get in the way. I mean, first of all, the band's makeup changed somewhat, then I had schedules, then he had schedules, etc. so this whole thing goes back quite some time.

The record is itself a sort of half a compilation of tracks that got missed from various releases, and half a brand new thing (which obviously isn't brand new anymore!) The first two tracks, 'All's Lost' and 'Hours Pass' were tracks I already had lying around - All's Lost, by the way, had at one point about 5 vocalists attached to it, but it was only when I contacted Manchester's She The Throne, that a vocal ever got put on it. So props to them for that. That's also the oldest track here, which I think comes from around 2017/18, but got left on the cutting room floor for reasons unknown. It's a banger!

'Hours Pass' was actually a late addition to Time Lapse, but got cut for timing reasons when n5MD put the album out in May 2020.

The other two were late additions themselves, but ideas that I finally got around to finishing up when I moved into my current house in Saltaire. That was early 2020. So yes, this has been one hell of a journey, and I'm so glad it's finally coming out! 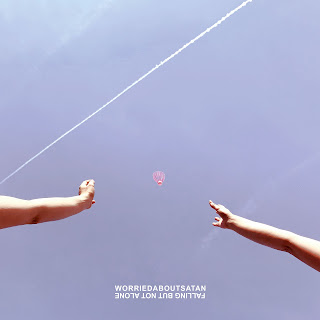 Posted by worriedaboutsatan at 4:53 AM No comments:

Back when the band first started, I'd like to think I was very driven to try and propel satan forward as much as humanely possible - we'd constantly be playing live, always hustling and forever trying to get 'big' - get a label, get an agent, get a manager. I have to admit, those habits die very hard, but one thing that age brings is a sort of sobering brutality that 'big' isn't really the be all and end all of being in a band, or making music in general. If it's taken the arse to completely fall out of the music industry to realise it, then at least some good has come of it.

It's enough to just keep on making something. Sure, it might not sell as well as something else, or you can't get that big gig you want, but it doesn't matter. Those things have never really mattered. It's enough to just sit at a laptop and think 'what am I going to make this time?'

And I've had labels, agents, etc. and none of it ever really propelled me into being 'famous' - good labels find you, good people find you, you just have to trust that.

If everything's burning around us in 'the biz', then at least take yourself out for dinner and have some fun. Book a show yourself, put a record out yourself, do something silly, I don't know. You might as well, because doing things 'the right way' has never looked or felt so alien and ludicrous. You've got a lot of technology at your fingertips - might as well use it, fuck it.

I suppose this all links into the current social media death spiral we're seeing, and as much as things like twitter and OG facebook have helped me, and the band, it's also oddly liberating to see these places disappear and wonder what will happen next. Are you up for another social site? or do you want to just run into the woods and never log onto a website ever again? Either way is perfectly valid, there's no wrong answer. I quite like the idea of being a little less online, but I'm also not naieve enough to think I won't be able to work without it, so it'll be interesting to see how people reset themselves.

But yeah, anyway - just keep making stuff, because there's enough shit in the world, you might as well fight the good fight.

Posted by worriedaboutsatan at 7:21 AM No comments:

This year's been a strange one for live stuff. In March I set out on my own for the first time as satan, and did a few dates up and down the UK. They were hard work, I'll not lie. Really fun, and was great to meet some friendly faces old and new, but having to book shows yourself, and in 99% of cases, having to promote the shows yourself (that means being the band, the promoter, the tour manager, the door guy, the sound tech, the driver, poster designer, PR guy, etc.) is a hell of a lot of work for one person with a full time job to take on.

So after that, and having seen the changing landscape of live shows in the UK first hand, I thought I'd give it a rest and just do the few bits I had after that and call it a day for a little bit. I did a show for the Endless Hum in my hometown of Shipley, a slot at ArcTanGent festival, and a support slot with my dudes Gallops down in London. After those I was fucking tired. I'm old now you know! *Adam Curtis voice* but then, something happened. Well, it's not as dramatic as that, but I was offered a chance to support Mono in Leeds at City Varieties, to which I obviously said yes, and then finally was asked to step in last minute to a mini Endless Hum upstairs at The Triangle in Shipley, supporting French EBM act Leroy Se Muert.

Just before that last minute step in, I recorded the live set, as I realised I'd not done that yet, and with the fragility of booking things yourself and being the ultimate one man band, I figured it was in danger of being lost forever as I'd no doubt either move on to a new live set for next year, or just not play for a little bit.

SO... here it is, in all it's glory. A practice session recorded before that Triangle show, set to various shots of my studio or live photos from my escapades all year. Enjoy!

Posted by worriedaboutsatan at 8:52 AM No comments:

I just got some film developed from around spring and summer this year, and some of it turned out pretty great. Thought I'd bang it on here, for my sake more than anyone elses:


Posted by worriedaboutsatan at 6:50 AM No comments:

Back in 2006, when EP1 first came out, it was nothing more than a scrappy little collection of stuff I had been making on my computer. In fact, I'm pretty sure up until I put the thing on the satan Bandcamp back in 2014, you couldn't even get wavs of it - just shitty mp3s that had been passed around various websites.

Because of that, and the fact I've had physical pressings of a lot of satan records, but never the first one, I decided to do something about it.

So I put together the very first EP1 CD version. A handstamped card envelope, as a little nod to those 2006 days when I'd burn whatever tunes I'd finished onto a CD before giving it out at gigs, containing a professionally pressed CD, and a neat little tracklisting (also printed all professional, like). It's pretty cool, right? 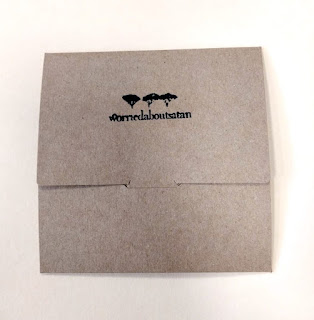 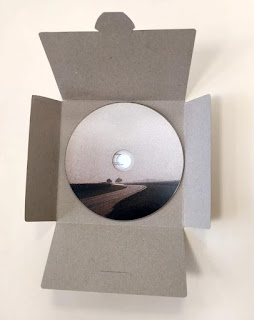 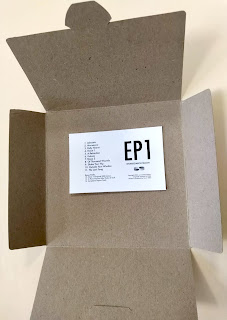 The CD also contains 3 tracks that were never on the original EP1 (I'll let you decide why that might be lol), including a demo of Noise 1 and two little doodles I put together when I first started expanding the gear I had at the time.

I've a lot of time for EP1 - it wasn't really a finished, slick record, more just a collection of demos, scraps, demos, doodles and all sorts. One was even a college project from my time at Leeds College of Music (now re-named Leeds Conservatoire), and one was a cover for a message board. So not the real statement of intent debut releases usually are, but this was 2006, and this was me putting things together by myself and testing the waters to see if anyone actually liked the idea of 4 minute post rock songs with drum machines.

Anyway, you can pick up a copy here:

Very much hope you enjoy it!

Posted by worriedaboutsatan at 8:09 AM No comments:

This time, a little bit like last time, it's a single. It's called Dude, You Might Wanna Put A Vest On, and it's out now everywhere (but PWYW on Bandcamp if you're feeling generous)

It's a gnarly little techno stomper thing, made earlier this year. When you've no real 'investment' in the music biz (ie. no manager, label, agent, etc) you can sort of do whatever you want, which is why I've been experimenting with different release methods and stuff lately. Sort of like how I made two albums worth of material, but sequenced them as two really long tracks when I did Circles 1 & 2, or how I can easily just make up some tapes and have them out a week later. It's fun, but obviously not without its drawbacks.

For these two recent singles (Patterns and Dude... were both made at the same time-ish), I thought I'd have a bit of fun and get out of my comfort zone a bit. Try a few new things, step out of my little ambient bubble and get a bit sweaty in the techno world again, and in the case of Patterns - try melding ambient spoken word dreaminess to frenetic breakbeats. All part and parcel of being/ doing worriedaboutsatan I suppose. I did toy with the idea of doing Dude under a pseudonym, but seriously, who has the time for shit like that anymore? Not me, I'm old, lazy and cantankerous, so just thought I'd subject you lot to it instead ;)

Anyway, I hope you like it. It was a lot of fun putting it all together, and if you know where the title's from, drop me a line and I'll give you a download code to something off the satan store gratis.

Enjoy, and I'll see you soon for another ambient album lol

Posted by worriedaboutsatan at 4:30 AM No comments:

Did another one of those track breakdown things, now up on my youtube. This time I'm talking you though what was the sort-of lynchpin for Bloodsport: An Absolute Living Hell, pt.1.

This was one of the central tracks to Bloodsport, and the rest of it fit really neatly into place after I finished this one off. I can't remember if I talked about it in the video, but this one only really came about because I got myself a drum machine for live stuff, and a distortion pedal shaped like a can of Irn Bru, and wanted to put them together to see what would happen. And would you believe it, this happened, lol.

Anyway, hope you enjoy it!

Posted by worriedaboutsatan at 4:31 AM No comments: