There's a thread on the Drowned in Sound boards at the moment, where people share their favourite unique special edition physical packaging they've collected from bands over the years. A few people in there mentioned the special edition of Arrivals, the debut worriedaboutsatan album, released back in May 2009.

Properly took me down memory lane, looking at those again. We sat and made them primarily in the satan front room in Leeds, which (looking back) was a complete tip. Was fun though, here's what it looked like in it's heyday: 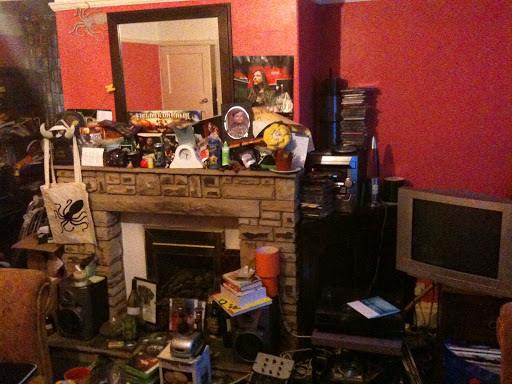 Anyway, the packages themselves were quite the things. If memory serves, Sophie bought a massive roll of particularly thick, old school wallpaper from Leeds market, and we cut out rectangles from it, sewed a sheet of what I can only remember as lacey paper type stuff in the middle, then added 2 unique photos, a CD of Arrivals and a CD of Arrivals remixed, and topped it off with a hand typed tracklisting on a piece of cartridge paper. On the reverse, I'd type out a special message, unique to each edition. Here's what someone got on the DiS thread: 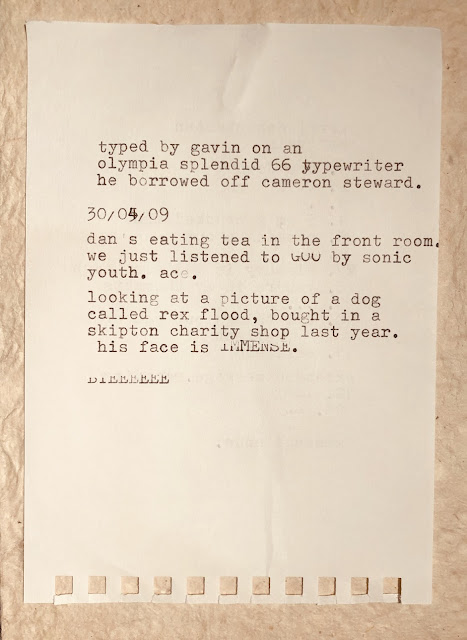 I remember that picture. Me and Sophie bought it from a charity shop, as we couldn't stop laughing at the expression the dog's face. Incidentally, it's taken over 10 years for us to realise that Rex Flood isn't the dog's name, but the artist's. I've no idea why we'd assume someone would sign the picture with the dog's name, but the mind works in mysterious ways. We found it online anyway, here he is: 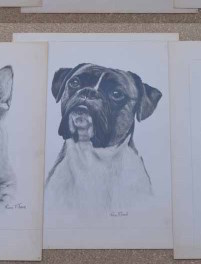 What a dude. No idea what happened to that picture, but apparently could've been worth something, as Mr. Flood is a big deal in the dog sketching world.

The packages though, holy moly. We made 100 of them, and sold them all out eventually. I uploaded all 100 photos to an old tumblr too, so you can see which number yours was, and what else you could've gotten. It's still online here: https://arrivals-blog.tumblr.com/

Anyway, was nice to remember all this today. 2009 seems like an absolute lifetime ago now, but was great fun whilst it lasted.

Posted by worriedaboutsatan at 6:46 AM No comments: