Today sees the release of a little split tape I put together with Charlie Coxedge.

I run a little label called This Is It Forever, and about two years ago, I started doing little cassette splits, where I'd take one side, and someone else would take the other. It's been really good fun, and ever since the band became just me, I've been able to share the satan sound with some people I really like.

This one's the sixth so far, and my track on it, 'An Tiaracht', is a relatively new one. the thing I like about these splits is that you can do stuff quite off the cuff, and pretty quickly - there's no big schedule, and you don't have to sit on things for that long if you don't want to. They've always been good as little snapshots of the more experimental side of satan too, as you get about 10-15 minutes to do whatever you want with. Naturally, I always want to make something fucking massive.

Anyway, really hope you enjoy it, and stay tuned for a lot more satan music this year!

Posted by worriedaboutsatan at 4:50 AM No comments:

Anyway... here's the first bit of new satan material for the year - a track called An Tiaracht. It's part of a split tape with Charlie Coxedge, and is out on my own This Is It Forever label on Jan 22nd. Charlie took side B, and weaved this gorgeous looped ambient guitar piece called Who Is To Say, and I basically wanted to make a wall-of-synth style thing, which I think I've managed to do. I guess you'll be the judge of that.

Here's the cover I made, which I thought was pretty good. Quite like using text in weird ways now, after years of just thinking 'yeah, that's a nice picture - use that as the cover. no text' as a template for releases: 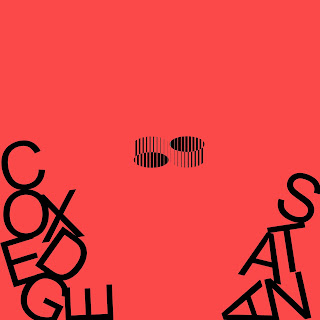 The name, incidentally, comes from this tiny island off the coast of Ireland. I discovered it on one of my usual wikipedia rabbit holes, but just look at it: 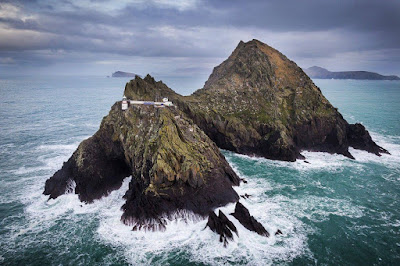 It's deserted now, but had a functioning lighthouse and small living quarters for people to work there. The buildings are all still intact, but it's only birds that inhabit the place now.

Posted by worriedaboutsatan at 2:43 AM No comments: